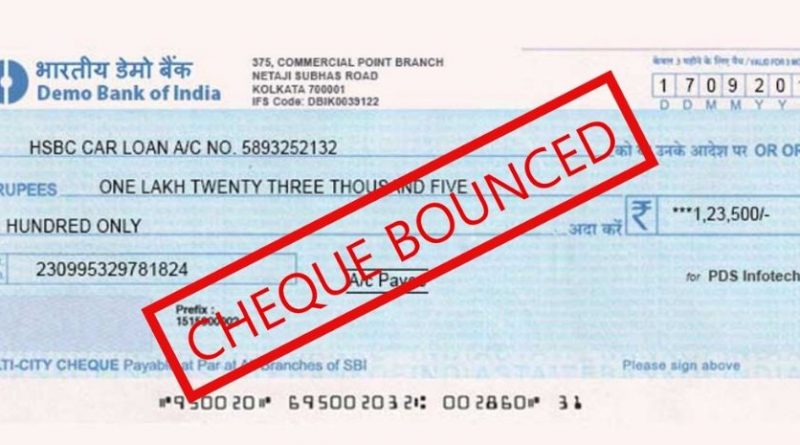 A cheque bounces when a bank doesn’t honour a payment. A few of the reason are wrong signature, mismatch of figures written on the cheque (in words and figures) and overwriting. These issues are minor and can be solved without the court’s intervention, A major cause for concern is when a cheque bounces due to lack of funds in the drawer’s account.

A cheque bounce is governed by the Section 138 of the Negotiable instruments Act, 1881.

If you have received a cheque that has bounced, you have two options. You can send the person a notice and then if there is no response after 15 days, you can send them a legal notice, by filing a complaint in court.

What is the procedure for Cheque Bounce Case?

The first step in to send a Demand Notice to the person who has issued you a bounced cheque. The notice should contain information about the dishonoured cheque. Details such as the date on which the cheque was issued and a copy of the dishonoured memo should be mentioned in the notice.

Once the person receives the notice, he or she has until 15 days to make a payment to you. If they fail to do so, you can lodge a complaint with the court in the prescribed format.

It is better that you hire lawyers to help you file a complaint. This is because a lawyers know the entire process and how to fill up the form in the right legal language.

Along with the complaint form, you need to submit an Oath Letter, A copy of the notice served along with the acknowledgement receipt, a photocopy of the memo and the bounced cheque received.

Once the judicial court receives your complaint, it will go through the documents sent and verify them. Once the court is satisfied with your complaint, the complainant or his or her lawyers need to fill the Bhatta or Process Form, after which the accused is summoned by the court for a hearing. If the accused doesn’t appear in court, the judge can issue a bailable warrant against the concerned person.

What is the penalty for Cheque Bounce Case?

According to the Negotiable Instruments Act, 1881, under section 138, issuing a bounced cheque is a criminal offence. So, if a complaint is filed in a court, a person can go to jail or might have to pay a hefty fine.

The fine can be up to two times the amount that had to be paid. In case the court decides on a jail time, it is generally for a period of one term, but it can be extended to two years.

In some cases, the court might grant both punishments, this is usually if the court finds the case to be that of heinous crime. Sometimes the court may grant additional time for the payment of dues.

What documents should you submit in a cheque bounce case?

While filing a complaint against a party in a cheque bounce case, you need to submit an application form along with the following documents:

What are the Cheque Bounce Rules in India?

In case a person is filing cheque bounce case, there are certain rules he or she has to follow.

The first step is send a Demand Notice to the offender. Once the notice is received, the offender has 15 days to make the due payment.

Under Section 138 of the Negotiable Instruments Act, 1881, the payee has to send the drawer a notice within 30 days of receiving the Cheque Return Memo.

If the drawer fails to make the payment, then the person filling the cheque bounce case has every right to file a complaint with the court by submitting a written complaint along with valid documents.

One of the main documents needed is the Cheque Return Memo that the bank issues. Without this document, the court cannot proceed with the case.

In cases where the bounced cheque was issued as a gift or towards lending a loan payment, the defaulter cannot be prosecuted in the eyes of the law.