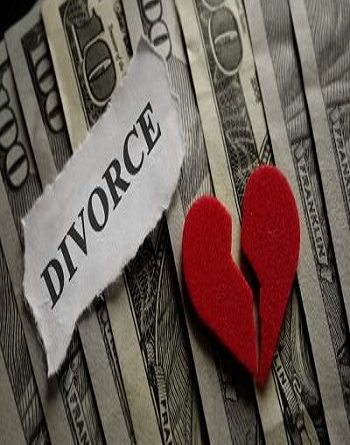 A divorce is among the most traumatic occurrences for any couple. To add to this, it can also be a long-winded and costly affair in India if divorce is contested. Even couples who mutually agree to the divorce, however, must prove that they have been separated for a year before the courts consider their plea.
In India, as with most personal matters, rules for divorce are connected to religion. Divorce among Hindus, Buddhists, Sikhs and Jains is governed by the Hindu Marriage Act, 1955, Muslims by the Dissolution of Muslim Marriages Act, 1939, Parsis by the Parsi Marriage and Divorce Act, 1936 and Christians by the Indian Divorce Act, 1869. All civil and inter-community marriages are governed by the Special Marriage Act, 1956. The divorce law works with some conditions and not in all situations.

A spouse can initiate to give a legal notice for divorce to the other spouse before ending the husband and wife relationship.

There are types of divorce petitions and you will hereby, understand the procedures on how to get divorce in India from wife. Divorce process in India, divorce rules in India and the divorce laws in India are a little complicated. You can get help from a CA or a legal expert.

A couple can get a divorce with mutual consent, or either spouse may file for divorce without the consent of the other.

When husband and wife both agree to a divorce, the courts will consider a divorce with mutual consent. For the petition to be accepted, however, the couple should be separated for over a year or two years (as per the relevant act) and be able to prove that they have not been able to live together. Often, even when either husband or wife is reluctant, they still agree to such a divorce because it is relatively inexpensive and not as traumatic as a contested divorce. Matters such as children’s custody, maintenance and property rights could be agreed to mutually.

There are three aspects regarding which a husband and wife have to reach a consensus.

One is alimony or maintenance issues. As per law, there is no minimum or maximum limit of support. It could be any figure or no figure. The second consideration is the custody of the child. This must necessarily be worked out between the parties, as it is inevitably what requires the greatest amount of time in divorce without mutual consent. Child custody in a mutual consent divorce can also be shared or joint or exclusive depending upon the understanding of the spouses. The third is the property. The husband and wife must decide who gets what part of the property. This includes both movable and immovable property. Right down to the bank accounts, everything must be divided. It is not necessary for it to be fair, so long as it is agreed to by both parties.

What does the Section say?

The duration of a divorce by mutual consent varies from six to 18 months, depending on the decision of the court. Usually, the courts prefer to end mutual consent divorces sooner, rather than later.
As per Section 13 B of Hindu Marriage Act, 1955 and Section 28 of the Special Marriage Act, 1954, the couple should be living separately for at least one year before divorce proceedings can begin. Section 10A of Divorce Act, 1869, however, requires the couple to be separated for at least two years. Do note that living separately does not necessarily mean living in different locations; the couple only needs to provide that they have not been living as husband and wife during this time period.

In case of a contested divorce, there are specific grounds on which the petition can be made. It isn’t as if a husband or wife can simply ask for a divorce without stating a reason. The reasons are as follows, though some are not applicable to all religions.

Cruelty may be physical or mental cruelty. According to the Hindu Divorce Laws in India, if one spouse has a reasonable apprehension in the mind that the other spouse’s conduct is likely to be injurious or harmful, then there is sufficient ground for obtaining divorce due to cruelty by the spouse.

In India, a man that commits adultery (i.e. has consensual sexual intercourse outside of marriage) can be charged with a criminal offence. The wife may, of course, file for divorce as a civil remedy. If, on the other hand, a wife commits adultery, she cannot be charged with a criminal offence, though the husband can seek prosecution of the adulterer male for adultery.

One spouse deserting the other without reasonable cause (cruelty, for example) is a reason for divorce. However, the spouse who abandons the other should intend to desert and there should be proof of it. As per Hindu laws, the desertion should have lasted at least two continuous years. Christians, however, will not be able to file a divorce petition solely for this reason.

Divorce can be sought by a spouse if the other spouse converts to another religion. This reason does not require any time to have passed before divorce can be filed.

If the spouse suffers from a communicable disease, such as HIV/AIDS, syphilis, gonorrhoea or a virulent and incurable form of leprosy, the Hindu Divorce Law in India say that the other party can obtain a divorce.

7. Renunciation of the World

If the spouse renounces his/her married life and opts for sannyasa, the aggrieved spouse may obtain a divorce.

If the spouse has not been heard of as being alive for a period of at least seven years, by such individuals who would have heard about such spouse, if he or she were alive, then the spouse who is alive can obtain a judicial decree of divorce.

Before anything, you should be aware to produce a divorce notice to your spouse. This is to clarify the emotions and a platform to initiate your thoughts on discontinuing the relationship. A legal notice for divorce will bring in clarity to the other spouse about the future relationship which you want to hold.

A spouse can send a legal notice for divorce to the other spouse in order to communicate his/her intention to take legal steps forward covering the marriage relationship. It is a formal communication which is the first step to break the ‘husband and wife’ connection.

When two people are married, they have an obligation to support each other. This does not necessarily end with divorce. Under the Code of Criminal Procedure, 1973, the right of maintenance extends to any person economically dependent on the marriage. This will include, therefore, either spouse, dependent children and even indigent parents.

The claim of either spouse (though, in the vast majority of cases, it is the wife), however, depends on the husband having sufficient means. When deciding the payment on the alimony, the court will take into account the earning potential of the husband, his ability to regenerate his fortune and his liabilities.

In case either spouse is unable to pay for the divorce, then the spouse who earns will have to pay these expenses. Get to know more on the alimony laws in a mutual divorce.

Factors that influence the duration and amount of alimony:

In a contested divorce, the alimony, its amount and tenure, depend upon the length of the marriage. A divorce after a decade of marriage entitles the spouse to a life-long alimony. The other essential factors are:

1. Age of the spouse (or the person who is ought to receive the alimony)
2. Economic condition or the earnings of the person who is to provide the alimony
3. The health of both spouse (the failing health or a medical condition of one of the spouses who is going to receive the alimony may act in favour of him or her. They can claim a larger alimony on the basis of their failing health).
4. The spouse that retains custody of the child would either pay lesser alimony or pay a greater amount while the child is a minor.

How to settle property matters?

Know more about what happens to the Joint Property after divorce.

What about child custody?

Many assume that the mother always gets custody of her children. This is not the case. While the courts usually agree to the decision of the parents in a mutual consent divorce, the courts will look into the best interest of the child. In a contested divorce, the courts will examine the ability of the mother or father to be a parent to the child, for example. You cannot take money into consideration. Usually, the court provides the custody of their children to non-working mothers, but the fathers are expected to provide financial support.

How much does it cost to get a divorce?

Court fees for filing a divorce are low; the cost is mainly in the fees you pay your lawyer. Lawyers tend to charge fees for appearing in court and doing any other work. Depending on how intensely it works, therefore, it may cost anywhere from the low ten thousands to lakhs of rupees.

1. Address proof of husband
2. Address proof of wife
3. Marriage certificate
4. Four passport size photographs of the marriage of husband and wife
5. Evidence proving spouses are living separately since more than a year
6. Evidence relating to the failed attempts of reconciliation
7. Income tax statements for the last 2-3 years
8. Details of profession and present remuneration
9. Information relating to family background
10. Details of properties and other assets owned by the petitioner

Get to know more on the documents required for a divorce in India.

Once the Indian court grants an annulment, the status of the parties remains as it was prior to the marriage.

Any marriage solemnized after the commencement of this Act shall be null and void and may, on a petition presented by either party thereto, against the other party be so declared by a decree of nullity if it contravenes any one of the conditions specified in clauses (i), (iv) and (v), Section 5 of the Act.

Bigamy: If either spouse was still legally married to another person at the time of the marriage then the marriage is void, and no formal annulment is necessary.

Inter family marriage: A marriage between an ancestor and a descendant, or between a brother and a sister, whether the relationship is by the half or the whole blood or by adoption.

Marriage between close relatives: A marriage between an uncle and a niece, between an aunt and a nephew, or between first cousins, whether the relationship is by the half or the whole blood, except as to marriages permitted by the established customs.

The duration for obtaining divorce varies from case to case and place to place. Generally speaking, contested proceedings take 18 to 24 months. Mutual consent varies from 6 months to 18 months.