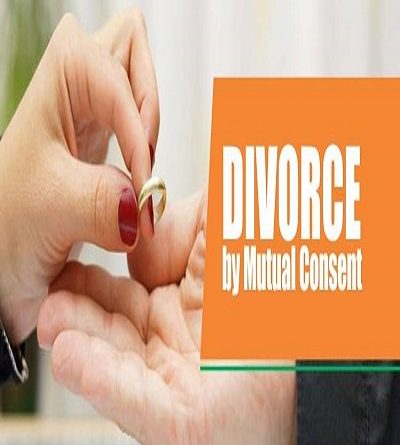 Mutual divorce, as the name implies, is when both parties wish to separate amicably. The conditions required under section 13B of the Hindu Marriage Act are that the husband and wife should be living separately for a period of one year or longer, that they are unable to live together, and that both husband and wife have mutually agreed that the marriage has totally collapsed.

A Divorce with Mutual Consent is a relatively swift process in court; however, divorce may not be granted instantly. After filing for divorce, the court may ask the couple to reconcile their differences over six months and make the marriage work. Depending on the circumstances, this period may be reduced. If either party is overseas, the proceedings may be completed using video-conferencing software as well.

We will connect you to lawyers, who will file a petition in court containing a joint statement by both parties that, due to their irreconcilable differences, they can no longer stay together and should be granted a divorce by the court.

After six months, the Second Motion Petition for Mutual Consent Divorce should be filed by the couple and they must re-appear in court.

After hearing from the husband and wife, if the judge is satisfied that all the necessary grounds and requirements for the divorce have been met, the couple is granted a mutual divorce decree.